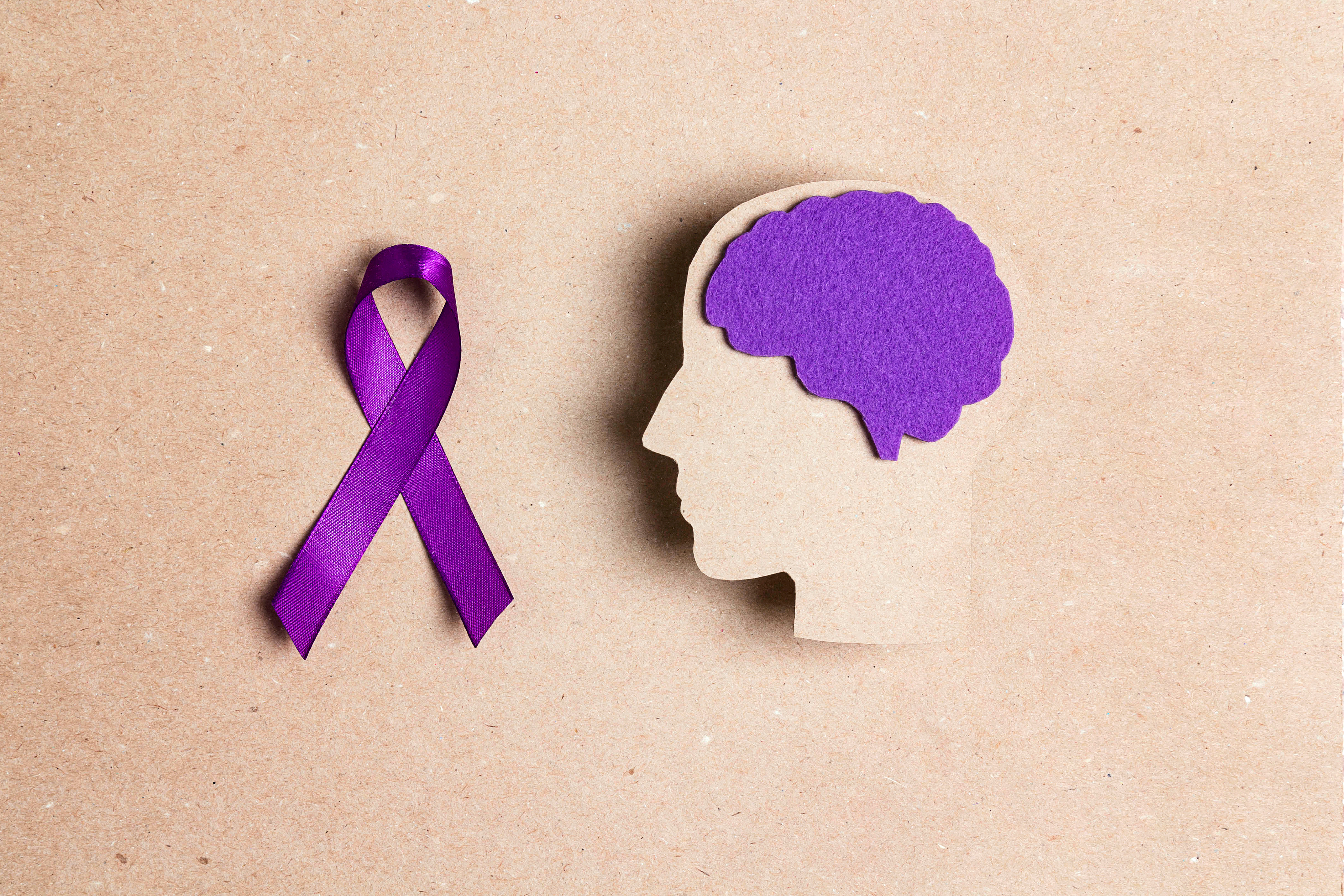 We evaluated a new epilepsy genetic diagnostic and counseling service covering a UK population of 3.5 million. We calculated diagnostic yield, estimated clinical impact, and surveyed referring clinicians and families. We costed alternative investigational pathways for neonatal onset epilepsy. Patients with epilepsy of unknown aetiology onset < 2 years; treatment resistant epilepsy; or familial epilepsy were referred for counseling and testing. We developed NGS panels, performing clinical interpretation with a multidisciplinary team. We held an educational workshop for paediatricians and nurses. We sent questionnaires to referring paediatricians and families. We analysed investigation costs for 16 neonatal epilepsy patients. Of 96 patients, a genetic diagnosis was made in 34% of patients with seizure onset < 2 years, and 4% > 2 years, with turnaround time of 21 days. Pathogenic variants were seen in SCN8A, SCN2A, SCN1A, KCNQ2, HNRNPU, GRIN2A, SYNGAP1, STXBP1, STX1B, CDKL5, CHRNA4, PCDH19 and PIGT. Clinician prediction was poor. Clinicians and families rated the service highly. In neonates, the cost of investigations could be reduced from £9362 to £2838 by performing gene panel earlier and the median diagnostic delay of 3.43 years reduced to 21 days. Panel testing for epilepsy has a high yield among children with onset < 2 years, and an appreciable clinical and financial impact. Parallel gene testing supersedes single gene testing in most early onset cases that do not show a clear genotype-phenotype correlation. Clinical interpretation of laboratory results, and in-depth discussion of implications for patients and their families, necessitate multidisciplinary input and skilled genetic counseling.

Amplexa Genetics has in collaboration with three German laboratories; The Center for Human Genetics and Laboratory Diagnostics, CEGAT and Medical Genetics Center, has approved and published the article "Next Generation Sequencing in Pediatric Epilepsy Using Customized Panels: Size Matters".

In this article, the relationship between the size of gene panels and the diagnostic yield, for children with epilepsy, is investigated. The two sizes of gene panels used in this study are <25 kb and> 25 kb, respectively. Next Generation Sequencing (NGS) can be used to identify monogenetic epilepsy syndromes.

This retrospective cohort study, via NGS, collected data from 190 patients diagnosed with epilepsy of unknown etiology. 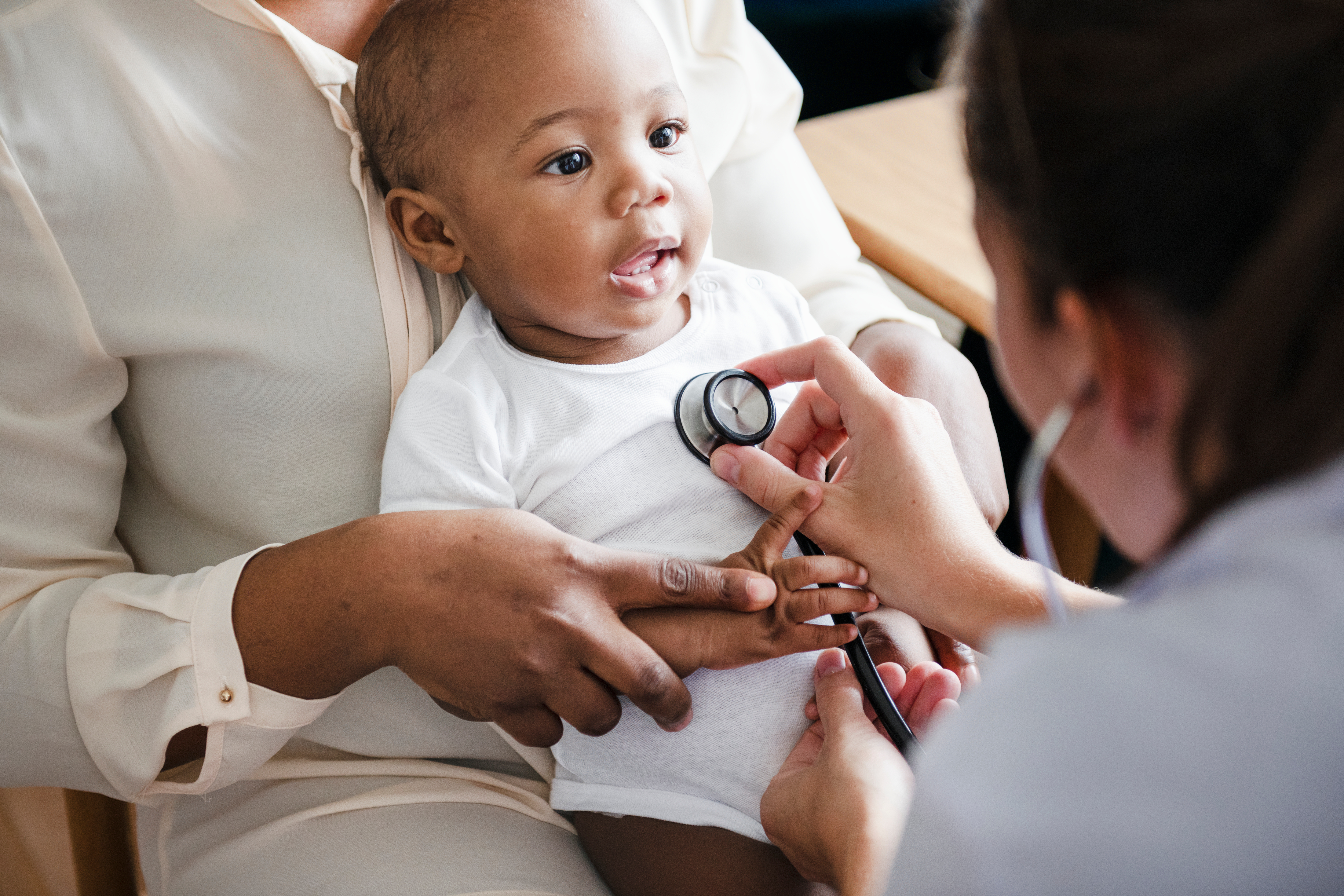 Next-generation sequencing (NGS) describes new powerful techniques of nucleic acid analysis, which allow not only disease gene identification diagnostics but also applications for transcriptome/methylation analysis and meta-genomics. NGS helps identify many monogenic epilepsy syndromes. Pediatric epilepsy patients can be tested using NGS epilepsy panels to diagnose them, thereby influencing treatment choices. The primary objective of this study was to evaluate the impact of genetic testing on clinical decision making in pediatric epilepsy patients. Methods. We completed a single-center retrospective cohort study of 91 patients (43 male) aged 19 years or less undergoing NGS with epilepsy panels differing in size ranging from 5 to 434 genes from October 2013 to September 2017. Results. During a mean time of 3.6 years between symptom onset and genetic testing, subjects most frequently showed epileptic encephalopathy (40%), focal epilepsy (33%), and generalized epilepsy (18%). In 16 patients (18% of the study population), "pathogenic" or "likely pathogenic" results according to ACMG criteria were found. Ten of the 16 patients (63%) experienced changes in clinical management regarding their medication and avoidance of further diagnostic evaluation, that is, presurgical evaluation. Conclusion. NGS epilepsy panels contribute to the diagnosis of pediatric epilepsy patients and may change their clinical management with regard to both preventing unnecessary and potentially harmful diagnostic procedures and management. Thus, the present data support the early implementation in order to adopt clinical management in selected cases and prevent further invasive investigations. Given the relatively small sample size and heterogeneous panels a larger prospective study with more homogeneous panels would be helpful to further determine the impact of NGS on clinical decision making. 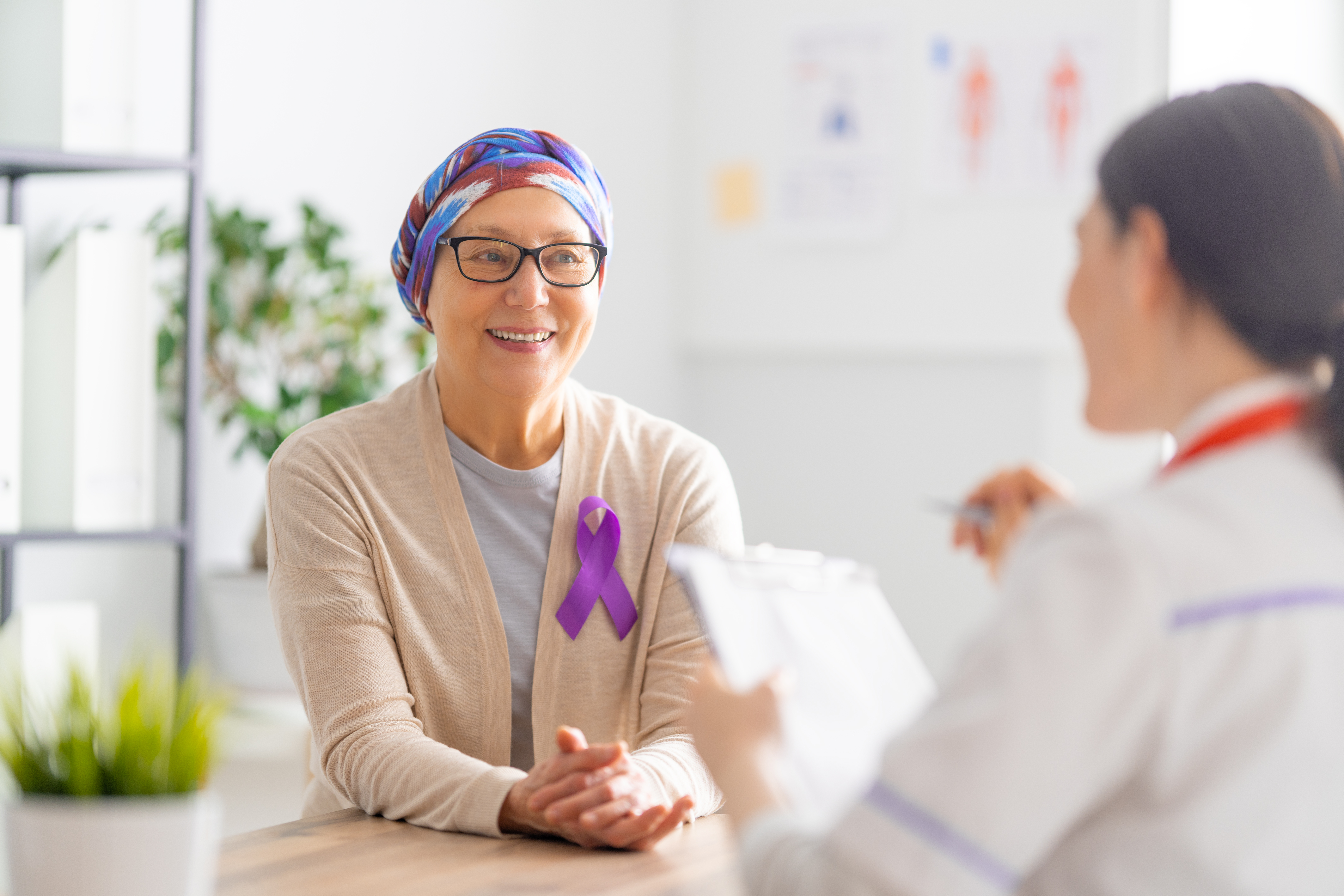 Objective: Genetic testing has become a routine part of the diagnostic workup in children with early onset epilepsies. In the present study, we sought to investigate a cohort of adult patients with epilepsy, to determinate the diagnostic yield and explore the gain of personalized treatment approaches in adult patients.

Results: We found a genetic diagnosis in 46 of 200 (23%) patients. SCN1A, KCNT1, and STXBP1 accounted for the greatest number of positive findings (48%). More rare genetic findings included SLC2A1, ATP6A1V, HNRNPU, MEF2C, and IRF2BPL. Gene-specific treatment changes were initiated in 11 of 46 (17%) patients (one with SLC2A1, 10 with SCN1A) following the genetic diagnosis. Ten patients improved, with seizure reduction and/or increased alertness and general well-being.

Significance: With this study, we show that routine diagnostic testing is highly relevant in adults with epilepsy. The diagnostic yield is similar to previously reported pediatric cohorts, and the genetic findings can be useful for therapeutic decision-making, which may lead to better seizure control, ultimately improving quality of life. 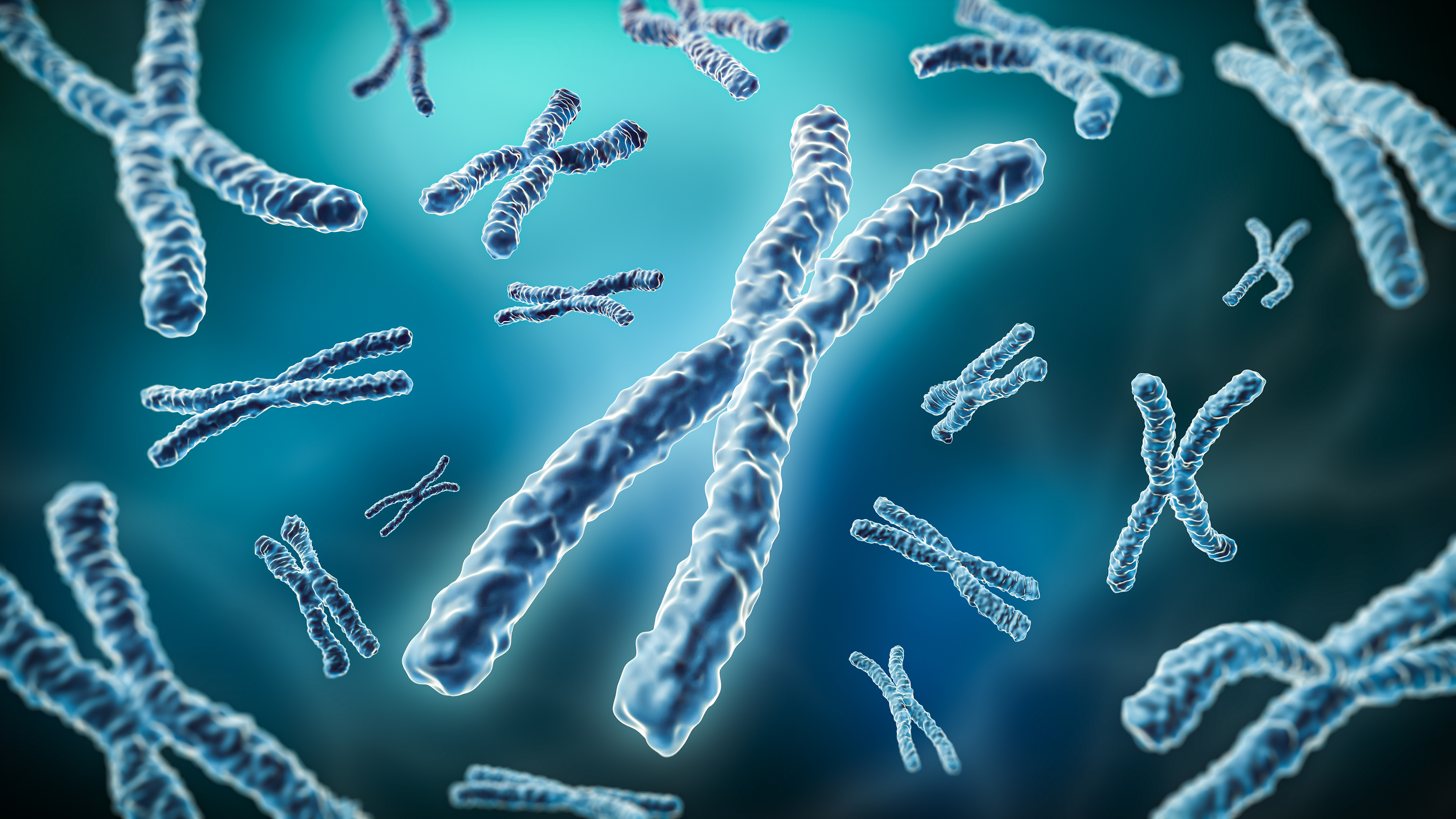 Background: Based on an initial collecting of database sequences from the gap junction protein gene family (also called connexin genes) in a few teleosts, the naming of these sequences appeared variable. The reasons could be (i) that the structure in this family is variable across teleosts, or (ii) unfortunate naming. Rather clear rules for the naming of genes in fish and mammals have been outlined by nomenclature committees, including the naming of orthologous and ohnologous genes. We therefore analyzed the connexin gene family in teleosts in more detail. We covered the range of divergence times in teleosts (eel, Atlantic herring, zebrafish, Atlantic cod, three-spined stickleback, Japanese pufferfish and spotted pufferfish; listed from early divergence to late divergence).

Results: The gene family pattern of connexin genes is similar across the analyzed teleosts. However, (i) several nomenclature systems are used, (ii) specific orthologous groups contain genes that are named differently in different species, (iii) several distinct genes have the same name in a species, and (iv) some genes have incorrect names. The latter includes a human connexin pseudogene, claimed as GJA4P, but which in reality is Cx39.2P (a delta subfamily gene often called GJD2like). We point out the ohnologous pairs of genes in teleosts, and we suggest a more consistent nomenclature following the outlined rules from the nomenclature committees. We further show that connexin sequences can indicate some errors in two high-quality chromosome assemblies that became available very recently.

Conclusions: Minimal consistency exists in the present practice of naming teleost connexin genes. A consistent and unified nomenclature would be an advantage for future automatic annotations and would make various types of subsequent genetic analyses easier. Additionally, roughly 5% of the connexin sequences point out misassemblies in the new high-quality chromosome assemblies from herring and cod.

PARENTAL MOSAICISM IN EPILEPSIES DUE TO ALLEGED DE NOVO VARIANTS 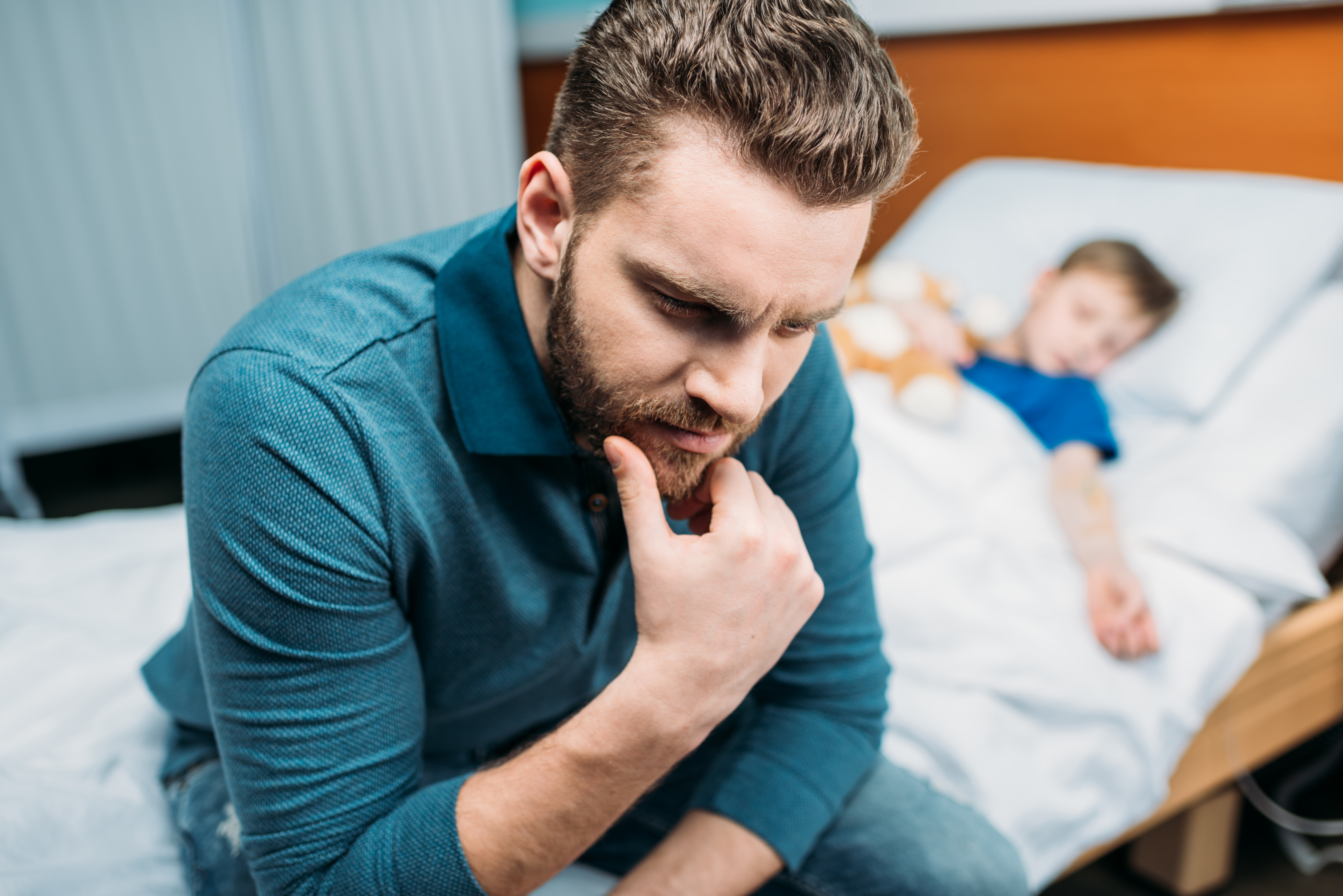 ported the frequency of somatic mosaicism in parents of children with severe epileptic encephalopathies. Here we aim to investigate the frequency of mosaicism in the parents of children with epilepsy caused by alleged de novo variants. We tested parental genomic DNA derived from different tissues for 75 cases using targeted next-generation sequencing. Five parents (6.6%) showed mosaicism at minor allele frequencies of 0.8%-29% for the pathogenic variant detected in their offspring. Parental mosaicism was observed in the following genes: SCN1A, SCN2A, SCN8A, and STXBP1. One of the identified parents had epilepsy himself. Our results show that de novo events can occur already in parental tissue and in some cases can be detected in peripheral blood. Consequently, parents affected by low-grade mosaicism are faced with an increased recurrence risk for transmitting the pathogenic variant, compared to the overall recurrence risk for a second affected child estimated at approximately 1%. However, testing for parental somatic mosaicism will help identifying those parents who truly are at higher risk and will significantly improve genetic counseling in the respective families.

females and 55 males and a genome-wide association study revealed two regions on chromosomes 8 and 21 associated with sex. The genotyping data of the single nucleotide polymorphisms associated with sex showed that 99.4% of the available female genotypes were homozygous, whereas 68.6% of the available male genotypes were heterozygous. This is close to the theoretical expectation of homo/heterozygous distribution at low sequencing coverage when the males are factually heterozygous. This suggested a male heterogametic sex determination system in C. harengus, consistent with other species within the Clupeiformes group. There were 76 protein coding genes on the sex regions but none of these genes were previously reported master sex regulation genes, or obviously related to sex determination. However, many of these genes are expressed in testis or ovary in other species, but the exact genes controlling sex determination in C. harengus could not be identified.

ANALYSIS OF SHARED HERITABILITY IN COMMON DISORDERS OF THE BRAIN 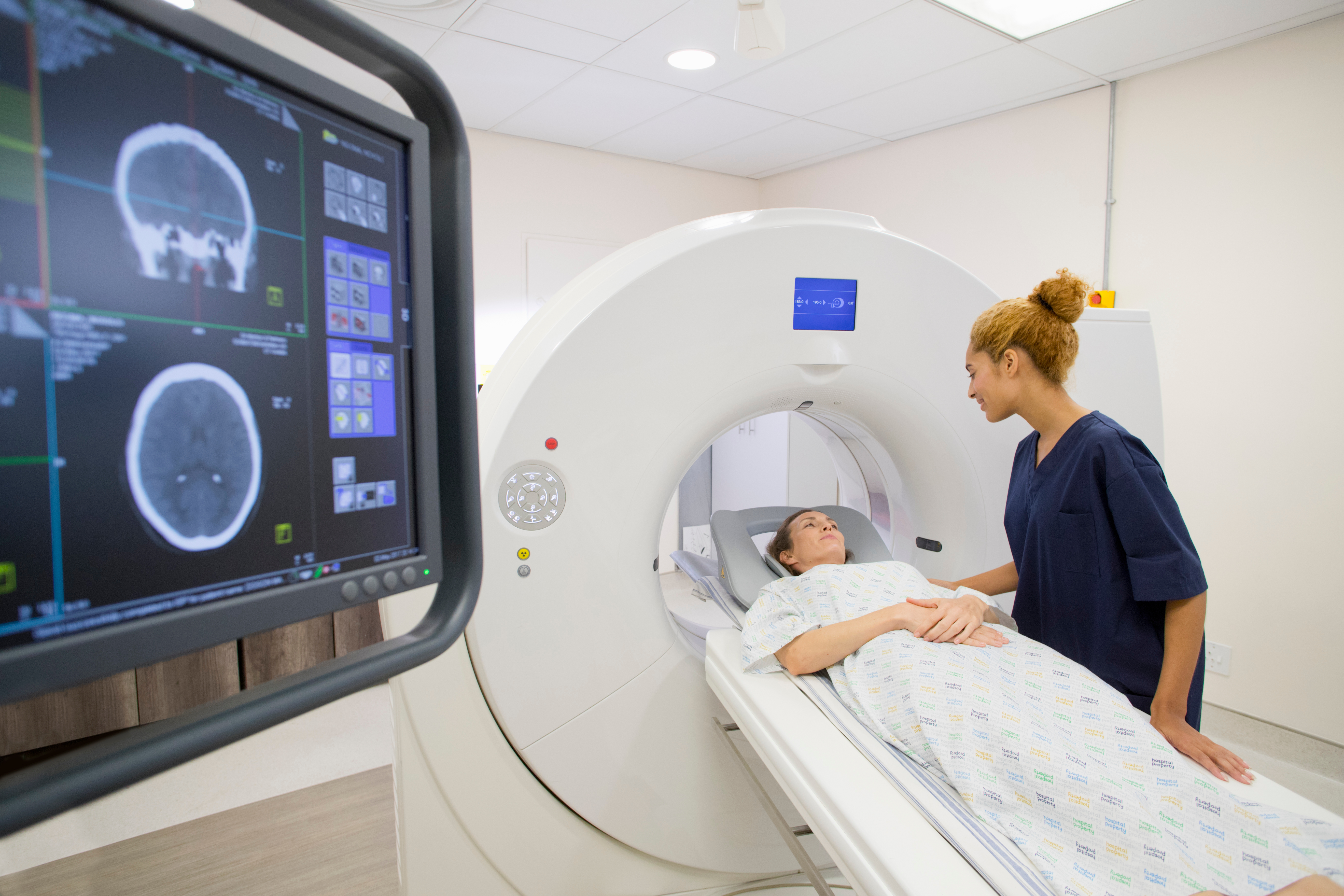 Disorders of the brain can exhibit considerable epidemiological comorbidity and often share symptoms, provoking debate about their etiologic overlap. We quantified the genetic sharing of 25 brain disorders from genome-wide association studies of 265,218 patients and 784,643 control participants and assessed their relationship to 17 phenotypes from 1,191,588 individuals. Psychiatric disorders share common variant risk, whereas neurological disorders appear more distinct from one another and from the psychiatric disorders. We also identified significant sharing between disorders and a number of brain phenotypes, including cognitive measures. Further, we conducted simulations to explore how statistical power, diagnostic misclassification, and phenotypic heterogeneity affect genetic correlations. These results highlight the importance of common genetic variation as a risk factor for brain disorders and the value of heritability-based methods in understanding their etiology.